Kenya’s government hopes to generate dynamic data on the country and its population by establishing a national addressing system (NAS). The Communications Authority of Kenya (CAK) has been given the task to design the NAS, eliminate addressing confusion and create and maintain a standard addressing system in Kenya. The NAS has at least three important purposes.

Kenya’s government hopes to generate dynamic data on the country and its population by establishing a national addressing system (NAS). The Communications Authority of Kenya (CAK) has been given the task to design the NAS, eliminate addressing confusion and create and maintain a standard addressing system in Kenya. The NAS has at least three important purposes.

First, a viable NAS will likely spur economic growth, particularly in regards to e-commerce and small and medium enterprises. Second, it will boost the country’s national planning capacity. Third, and perhaps most importantly, it will allow Kenya’s national government to more effectively broadcast state power across the entire landmass of Kenya.  This necessarily has major implications for Kenya’s centre (Nairobi) and its periphery (the counties), as discussed in detail below.

The purpose of Kenya’s NAS policy and current implementation efforts is the establishment of coherent and applicable standards for the naming of roadways, the posting of street signs and assigning numbers to all dwellings, principal buildings, businesses and industries throughout the country. Costs associated with the lack of a NAS continue to rise in Kenya as the range and use of street naming and addressing information increases using outdated and unreliable systems. A precise and continuously updated national addressing system would ease the delivery of goods and services, to include mail and packages, and engender cost reductions across the board – from businesses to government to civil society – through improved efficiency on account of reliability.

According to recent reports, a public-private partnership will establish Kenya’s new numbering and addressing system so as to align the process with Kenya’s Constitution. In particular, Schedule 4 of the Constitution mandates physical planning to Kenya’s 47 counties as part of the process of devolution. This will require the CAK to cooperate with the county governments in the establishment of Kenya’s national addressing system, so as to ensure conformity on local and national levels.

The current NAS policy, as developed by the Ministry of Information, Communications and Technology and currently being implemented by the CAS, aims, first of foremost, to identify properties within Kenya by using a system of street naming and coding (numbering) that is clear, logical and unambiguous. Second, it aims to ensure that the general public and providers of mail, utility and emergency services can quickly and easily locate individual properties. Third, it will ensure consistent, reliable and effective street coding (numbering) and reduce inconsistencies in street number allocation and renumbering of properties. Fourth, ensure the installation of road signs utilizing the new NAS. Fifth, ensure ongoing assigning of addresses to new developments in all urban areas and maintenance of street name and address databases across the entire country.

These goals also involve the development of digitized maps. These will be used by the GOK for use in the administration and control of settlements and urban agglomerations. In terms of scope, the NAS policy and current implementation should apply to all existing and new street names, codes and addressing in Kenya.

It has been accepted for decades across the globe that NAS’s are essential in the facilitation of socio-economic development. Kenya’s current policy of implementing the first comprehensive NAS since independence is therefore deemed essential in spurring nascent industrialisation efforts and furthering the socio-economic development in the country. A functional, accessible and continually updated NAS would likely have regional significance as Kenya’s increased economic might would necessarily touch neighbouring countries. Kenya’s NAS, done properly and consistently, may also spur its neighbours to do the same, touching off smaller economic booms there.

Kenya’s small and medium sized enterprises (SMEs) may gain the most from the new NAS. It is estimated that SMEs account for as many as 60 to 70 per cent of jobs in most OECD countries. That number is even higher in countries like Kenya, possibly approaching 90 per cent. With the ability to provide and, as importantly, receive the delivery of goods and services on account of the NAS, a previously insurmountable obstacle for Kenya’s SMEs will have been removed and SMEs could reap the resulting profits from business growth.

Currently, the inaccurate and consequently unreliable addressing system in Kenya has implications that are both financial and human. In Kenya, as in much of Africa, the absence of a coherent national addressing policy and an accompanying, overarching NAS have hampered planning and development. Most homes and many businesses remain without proper addresses. This is a drag on economic growth, both on the micro and macro scales. Accurate infrastructure and street addressing needs to be compiled, properly housed and continually updated. It also needs to be accessible not just to Kenya’ s national and county governments, but to Kenya’s businesses and its citizens.

A simple, coherent and readily understandable addressing system is essential for the proper and timely deployment of police, fire and ambulance services and even military troop movements, particularly in emergency situations. Unreliable locational data is a major obstacle to the positive and prompt deployment of emergency services – to include national emergency services. Police attempting to locate criminals, medics traveling to save lives and the deployment of anti-terrorism personnel all rely, in some form or another, on reliable and effective addressing systems. All of these activities, particularly those involving security services under the purview of the state, are examples of broadcasting state power.

In his seminal book entitled “States and Power in Africa,” the political scientist, Jeffrey Herbst, addressed a fundamental problem confronting African leaders, to include Kenya’s, since independence: how to extend authority over sparsely settled lands. Herbst highlighted how efforts to exert control over vast, often inhospitable and remote territories of low population density and varied environmental and geographical zones have often failed. This is because the central governments (the centre) were either uninterested in or unwilling to broadcast state power (exert control and provide services) to the state’s often remote and geographically distant regions (the periphery). In much of Africa, this has resulted in wars, refugees and dysfunctional governments that often perpetrate destructive policies because they are out of touch with the state’s peripheral regions.

While Kenya has arguably avoided internal wars, it does host millions of refugees who have fled disasters in neighbouring countries on account of internal wars. The demise of state power in Somalia and therefore the inability of the state to broadcast any form of power is a case in point. Kenya’s ruling classes since independence, on the other hand, have arguably ignored their periphery, viewing it as source of extractive economic and political power flowing unidirectionally to the centre of power in Nairobi. The power of Kenya’s centre continued to grow at the expense of the periphery. This has led to long-standing, simmering resentment across much of Kenya’s periphery, particularly its coast.

The situation, of course, is changing and changing fast. Kenya’s new constitution and the ongoing process of devolution all mean that Kenya’s peripheral parts are growing in political and therefore socio-economic power. The NAS, then, arguably fits into the overall expansion in the power and pervasiveness of the Kenyan state apparatus. This has been ongoing (in Nairobi, at least) since independence. But the process of devolution as well as the need for new ministries to deal with industrial, technological, economic, environmental, political and security developments has accelerated exponentially in recent years. This spectacular growth has manifested itself in the ever-increasing size of Kenya’s bureaucracy, as well as the police and the military. In the case of Kenya’s security as well as devolution, the need by the government to effectively broadcast state power across all of Kenya’s 47 counties is felt ever more acutely. This process is further stimulated by foreign aid, by bureaucratic empire-building and, “by the natural predilection of nationalist politicians for technological rather than political solutions to the problems of rapid modernization” (Owen, 2002; 17).

The need to broadcast state power effectively is increasingly vital given the repeated terrorist strikes that have afflicted the country. These have exacerbated a feeling of insecurity and demonstrated, at times, the inability or ineffectiveness of the state to broadcast its power. Issues of devolution and increased autonomy in the periphery as well as the discovery of natural resources such as oil in Kenya’s northwest, northeast and coastal waters, all inform Nairobi’s decision to take measures such as implementing the NAS. This is being done in order to maintain control over centripetal forces and to ensure Kenya’s citizens of Nairobi’s ability to effectively broadcast power, thereby offering much-needed and desired protection from predatory terrorists, cattle rustlers and other ills. Importantly, the NAS should give Kenya’s rulers the ability to locate homes, business and individuals much easier, allowing for wider and more consistent taxation, regulation and giving security services the ability to locate suspects or terrorists quickly.

The planning and implementation of Kenya’s NAS fits the current rubric of overall change sweeping the country. This momentous change has arguably led to chain reactions, whereby the centre seeks to maintain its overarching hold on state power and the sources of the same power. At the same time, the periphery is gaining new sources of power or attempting to grab existing sources of power from the centre. The future will indeed be interesting.

About National Address System. Government of Kenya: Ministry of Information, Communications and Technology.

Owen, R. (2002). State Power and Politics in the Making of the Modern Middle East. Routledge.

Addressing the issue of sustainability for future urban developments 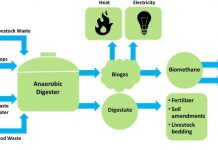 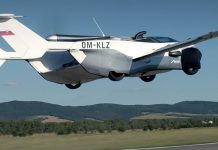 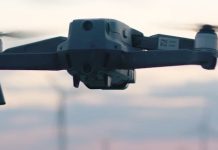