President Uhuru Kenyatta has today launched a new roadmap by 10 counties in the Lake Victoria basin that is aimed at catalyzing the region’s economic development through targeted joint investments. The Lake Region Economic Blueprint is expected to act as a one-stop shop for investors seeking opportunities in the region. It identifies seven strategic intervention areas, namely: Agriculture, Tourism, Education, Health, ICT, Financial Services and Infrastructure.

For each of the intervention areas, the blueprint has designated a flagship project to be implemented in the region. The flagship projects are: an agricultural commodities exchange, a regional bank, specialist hospitals and educational centers of excellence in each county, creating a Lake region ring road and tourism circuit.

Speaking after the president launched the initiative at the second devolution conference in Kisumu, Isaac Ruto, the chairman of the Council of Governors and Governor of Bomet County said that while counties are emerging as key units of economic development, they stood to gain greatly by pooling individual resources for strategic initiatives.

The bloc is made up of Bungoma, Busia, Homa Bay, Kakamega, Kisii, Kisumu, Migori, Nyamira, Siaya and Vihiga. Three other counties, Bomet, Trans Nzoia and Kericho have agreed to be part of the regional blueprint.

According to Jack Ranguma, the Governor of Kisumu County, the blueprint would enable individual counties that are sometimes too small to leverage economies of scale, to jointly implement massive projects.

“Many counties are grappling with insufficient resources for meeting competing needs in the county. This is the reason we in the Lake Basin came together to join forces and pull together,” Mr Ranguma added.

The Lake Region Economic Blueprint was developed through a consultative process by the county governments, including the public and coordinated by Deloitte East Africa. It also drew from individual counties’ integrated development plans. With the launch of the economic blueprint, the counties now plan to set up a secretariat to coordinate its implementation.

“Consultation and collaboration amongst counties remain key if we are to achieve shared prosperity as envisioned by the process of devolution,” added Mr Ruto.

Deloitte provides services to public sector across the world on economy, national security, environment and aging population with the aim of helping governments create true advantages for its citizens and business communities.

“We have local as well as global expertise on public sector and we have led complex government transformation efforts throughout the world,” said Sammy Onyango, Chief Executive Officer at Deloitte East Africa. Within the region, Deloitte has worked with various governments including Kenya, Tanzania, Uganda and Rwanda. 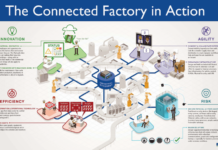 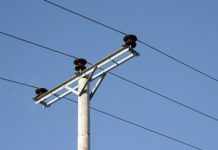 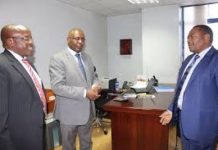 Addressing Kenya‘s Water and Sanitation Challenges; An Interview with Eng. Robert Gakubia, The CEO of Water Services Regulatory Board. 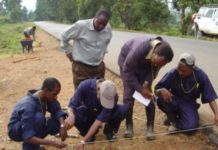 KIHBT Bridging the Technical Skill Gap in the Infrastructure Sector 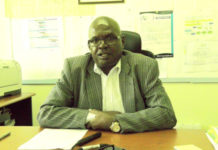 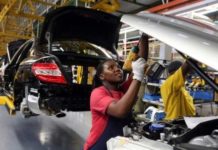 The Role of Engineers in Propagating Corruption in Kenya

KIHBT Bridging the Technical Skill Gap in the Infrastructure Sector

Complimentary Workshops at AEI to Unveil Plethora of Energy Insights to...

Next Einstein Forum Unveils Top 25 Innovators To Compete At Its...

AIMS launches applications for third cohort of the African Master’s in...