The Energy & Petroleum Regulatory Authority (EPRA) – a state corporation entrusted with the regulation of Energy and Petroleum sector in Kenya, has appointed Mr. Daniel Kiptoo Bargoria as the acting Director General.

Through a press release, the authority informed the public that this decision was made on the recommendation of the Cabinet Secretary for Energy Mr. Charles Keter .This came after the authority’s Director General Mr. Pavel Oimeke was arrested on 10th, December 2020, by the Ethics and Anti-Corruption Commission (EACC), on allegations of bribery.

According to Business daily, Mr. Oimeke received a bribe of Ksh200, 000 to approve the reopening of a fuel station in Oyugis, Homa Bay County, which the authority had closed.

The station was closed after it was found to be in possession of super export petrol; and was cleared by the Kenya Revenue Authority (KRA) after paying a fine of Ksh.309, 842. The said station was also issued with a clearance letter to be taken to the Director General of EPRA to enable him to authorize the opening of the station.

On presenting the clearance letter to EPRA, the employee of the said station met the Director-General who asked him for the bribe (Ksh.200, 000) for the facilitation of the letter, the complainant reported the issue to EACC.

Later in the day, a team of investigators accompanied the complainant to EPRA headquarters with the money and handed it over to Mr. Oimeke’s office, consequently, the approval letter was issued to him after the bribe – which led to the Director General’s arrest.

Mr. Pavel Oimeke was initially appointed as a Director General of the Energy Regulatory Commission (ERC), which was succeeded by EPRA after the enactment of the Energy Act 2019, for a 3 year term that commenced on 1st, August 2017.

His first term lapsed on 1st, August 2020; his contract was however subject to renewal or extension by EPRA and the Public Service commission.

On July 2020, Mr. Emannuel Wanjala moved to court to file a Petition on behalf of the public to contest the re-appointment of the Director General accusing him of office abuse, mismanagement of public resources, corruption, tribalism and favouritism.

The court dismissed Wanjala’s petition for lack of merit and ordered the immediate reinstatement of Oimeke, he remained in office for a second term at the start of October 2020.

Mr Daniel Kiptoo – the appointed acting Director General is currently the Legal Advisor in the State Department of Petroleum and is also the Chairman of the Government’s First Oil Committee charged with delivery of First Oil for Kenya.

KeNHA signs a Ksh.17.9 billion contract with a Chinese Company, for the construction of Lamu–Ijara-Garissa road project 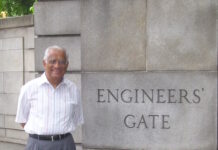 CELEBRATING THE LIFE OF ENG. ISHWARLAL B. PATEL 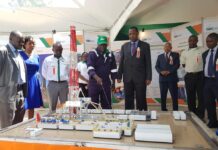 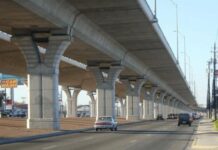 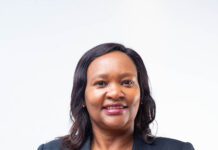 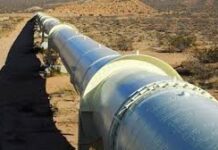 KeNHA signs a Ksh.17.9 billion contract with a Chinese Company, for...

CELEBRATING THE LIFE OF ENG. ISHWARLAL B. PATEL

World Engineering Day To Be Celebrated In Kenya

Impact of Mini- and Off-grid Power Projects in Africa