Kenya announced that it plans to explore renewable energy options derived from currents and tides in the Indian Ocean. Ministry of Industrialization and Enterprise Development Cabinet Secretary Adan Mohamed made the announcement in late July 2015, stating that increased demand for energy and the depletion of energy reserves on land meant that other sources of energy required exploration.

Kenya announced that it plans to explore renewable energy options derived from currents and tides in the Indian Ocean. Ministry of Industrialization and Enterprise Development Cabinet Secretary Adan Mohamed made the announcement in late July 2015, stating that increased demand for energy and the depletion of energy reserves on land meant that other sources of energy required exploration.

Yet the cabinet secretary’s announcement is at odds with an announcement in late 2014 that Israeli firm Wave Electricity Renewable Power Ocean (WERPO) had received the green light from another ministry, the Ministry of Energy, in Kenya to install a 100-MW wave energy plant on the coastline.

This leads to some prescient questions. One, is Kenya already pursuing renewable wave energy? Two, what are the pros and cons of such efforts in Kenya?  Three, what is the status of WERPO’s wave energy plant?  And finally, was WERPO actually granted approval by a Government of Kenya ministry to build a wave energy plant?

At first glance, in the case of Kenya’s Indian Ocean coastline and coastal waters, renewable energy can potentially be derived from wind turbines, tidal power, wave power, submarine geothermal biomass or a combination of all the above.  Development of these sources of renewable energy would significantly add to Kenya’s growing suite of energy options encompassing wind power, geothermal power and oil. However, even if fully harnessed, tidal power technology is in the early development stages and cannot possibly replace Kenya’s reliance on fossil fuels at this stage.

Studies and projects in other parts of the world have demonstrated that ocean currents, including tidal wave and sea wave power, are viable sources of natural energy. First of all, tidal energy is a renewable energy source that is produced as a result of the gravitational fields of both the sun and the moon. When combined with the earth’s rotation around its axis this results in high and low tides. Energy harnessed from gravity and the resulting high and low tides is the source of power generation. This can take the form of energy produced from tidal stream generators, tidal barrages or dynamic tidal power (DTP). Thus, tidal power is reliable, predictable and renewable for the infinite future. Should tidal power generation prove to be a viable option in Kenya, the country could potentially harness this renewable energy until such time as the earth ceases to rotate and interact with the sun’s and the moon’s gravitational fields. But are there any downsides to harnessing this type of energy in Kenya?

Potential fiscal and environmental costs may outweigh any benefits to this particular addition of renewable energy to the Kenyan market. For example, environmentalists have claimed that the underwater turbines required to harness renewable power from deep-ocean currents may negatively impact the environment. This is because tidal barrages rely on manipulation of ocean levels and therefore may potentially and negatively affect the environment in the same way hydroelectric dams do. Furthermore, tidal power plants currently need to be built close to land, thus potentially marring portions of Kenya’s pristine coastline, often rated to have the best beaches in Africa. Lastly, experts in the filed project that tidal power will only become commercially profitable by 2020 through the development of better technology.

Another impediment may stymie Kenya’s attempts to harness renewable energy from the Indian Ocean. A recently published scientific paper noted that the access to cost-efficient hydropower is relatively low in coastal and island regions of the Western Indian Ocean (WIO), including Kenya’s coast. The authors of the scientific paper came to this conclusion by performing an analysis of the match between technology-specific requirements for ocean energy technologies (wave power, ocean thermal energy conversion (OTEC), tidal barrages, tidal current turbines, and ocean current power) and the physical resources in 13 WIO regions, to include Kenya. Their findings showed that the potential for ocean energy is particularly limited in Kenya. This means that any attempts to harness power from ocean currents and tides in Kenya are inadvisable. Specifically, the scientists identified only a few sites of high potential for tidal current turbines. Yet it was doubtful whether these sites were enough for creating interest in the technology or implementing projects such as the 100 MW power plant to be built by WERPO.

Both Kenya and Tanzania have scarcity not only of electricity but also potable water. According to the scientists, “… the wave power levels in Kenya might be sufficient for desalination and irrigation…” Thus, renewable energy harvesting may not be feasible in Kenya with today’s technologies, but water harvesting for drinking, irrigation and other uses could be alternatives.

All of the above information leads one to question the efficacy of the reported project to establish a 100 MW power plant on the Kenyan Coast. Furthermore, conflicting statements and announcements and a dearth of information on the project lead to further confusion. Here are the “facts.”

Shortly thereafter, in November 2014, WERPO completed a reverse merger with Blackbird International Corporation, the same company that had made the announcement about WERPO’s 100 MW power plant in Kenya. After the merger, WERPO and Blackbird started trading in the New York City OTC Market under the stock name BBRD.

The company WERPO was formed shortly before the merger with Blackbird and reportedly holds the intellectual property, technology, know-how and contracts previously associated with Israel-based sea wave power firm, SDE Ltd. Of interest, SDE Ltd. made an almost identical announcement in January 2011 about being granted approval to build a wave power plant. The press release stated that “… the Ministry of Energy in Kenya has granted official approval for the establishment of a 100MW power plant on the Kenyan coastline. The installation of the power plant will be executed in cooperation with local company Sea Wave Gen.” There is no further information about this power plant nor are there any indications that it was ever built.

After the 2014 announcement by Blackbird and according to articles published at that time, Shmuel Ovadia, described as the inventor of unidentified technology used by WERPO, noted that “… WERPO would invest some US$ 80 million to build that (Kenyan) plant. The first phase of the project will have a capacity of 10 MW and is seen to bring gross income of US$ 10 million, Blackbird estimates. The output of the entire plant will be sold to local power firm KPLC (Kenya Power and Lighting Company) at US$ 0.08 per kWh (kilowatt-hour).” Interestingly, Ovadia also publicized the previous announcement of SDE Ltd.’s approval from Kenya’s Ministry of Energy for the proposed power plant in 2011.

Is there a Power Plant under construction on Kenya’s Coast?

Neither the Ministry of Energy, the Ministry of Industrialization, WERPO nor Mr. Ovadia responded to email messages from Political Engineering regarding the 100 MW sea wave power projects announced in 2011 and 2014.

With scientists questioning the feasibility, costs and benefits associated with attempts to harness renewable energy from the Indian Ocean off the coast of Kenya it is curious that WERPO would be given the green light to commence work on this project. Furthermore, why did Blackbird make the announcement rather than the Ministry of Energy or the Ministry of Industrialization? And what happened to the construction of what appears to be the same 100 MW sea wave power project by SDE Ltd back in 2011?

WERPO is here, there and everywhere. Is WERPO in Kenya?

Though answers to these questions have not been forthcoming, further research indicates Tel Aviv, Israel-based Eco Wave Power has established a Chinese subsidiary and received approval from the Chinese government to establish its first plant in the Asian country, according to a company announcement in mid-2015. Construction of the 100-kilowatt, grid-connected power plant on Zoushan Island in the eastern Zhejiang province is expected to be complete by the end of 2015, Eco Wave Power said. Like WERPO, Eco Wave Power is works to harness energy from ocean waves.

With local partners in nine countries, WERPO also reportedly has 11 joint ventures. Specifically, the Post referenced the October 2014 announcement that WERPO had “… received approval from the Kenyan Energy Ministry to construct a 100-MW facility off the Kenyan coast.”  Apparently WERPO representatives are also arranging to visit Grenada, an island located in the Caribbean Sea, to commence negotiation to construct a similar sea-wave energy plant, according to the Jerusalem Post. Whether the planned power plant in Grenada is the same as the reported plants under construction or currently operational in China, Kenya and at least 10 other countries is anyone’s guess.

Let me be clear, the fact that various Kenyan ministries and WERPO did not respond to email enquiries does not mean anything is amiss. Nor are the facts listed above an accusation of any wrongdoing by WERPO or anyone else.  Yet announcements made by companies rather than ministries and two exceedingly similar announcements in 2011 and 2014 by the same company under two different names do make one question the legitimacy of the wave power projects. Furthermore, none of the announcements made any definite references to the location or locations (North Coast, South Coast?) of the proposed project. There are also no updates on the status of the project that I could unearth. Add to all this the academic studies showing Kenya’s coastline is not ideal for the harnessing of sea wave power and the proposed or real sea wave power projects begin to smell just a bit fishy.

Analysing the nuclear option in Kenya 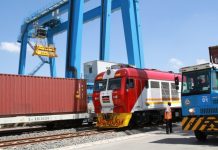 Little work and few prospects: The Frustrations of Kenya’s Engineers

The compelling case for energy storage if Africa is to achieve...

How Innovation in Plastic Management will advance Africa’s efforts in realising...

The role of zinc in building and construction

A decade of building growth in Rwanda